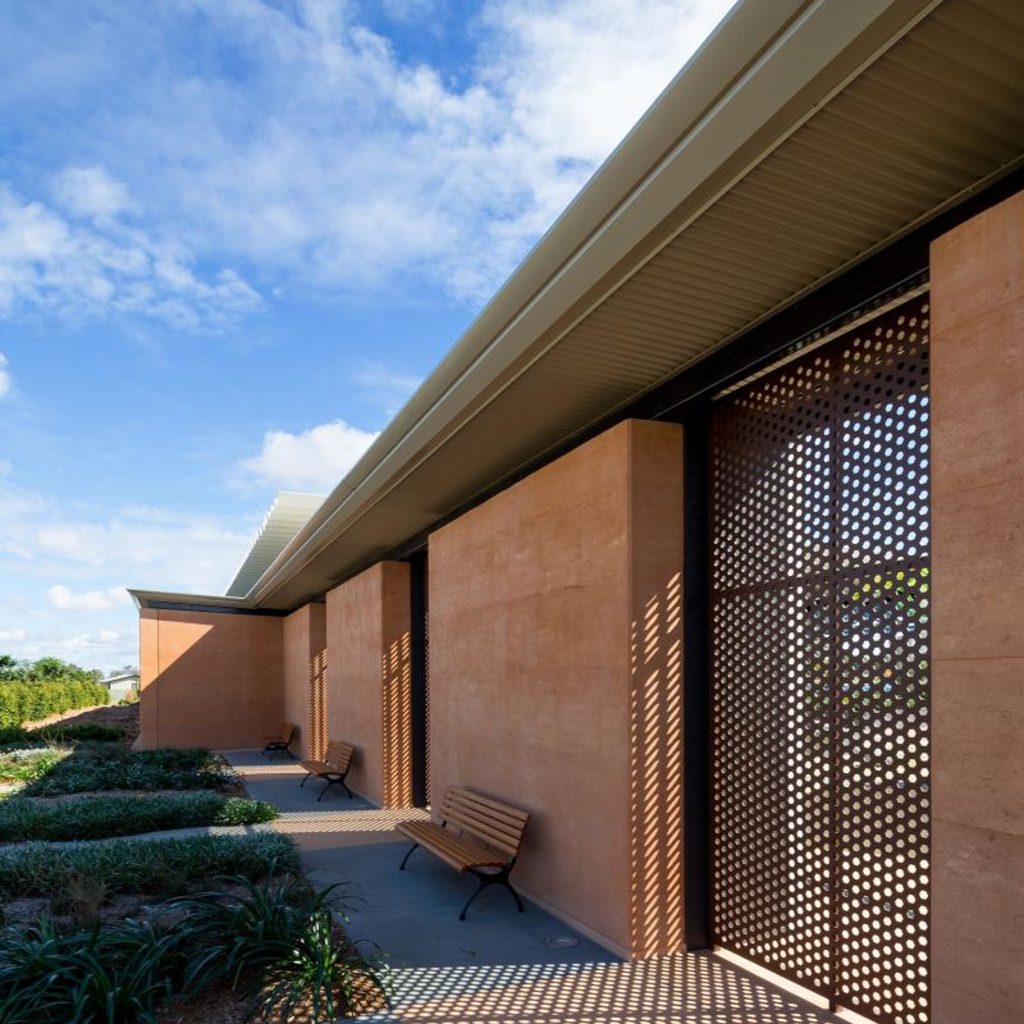 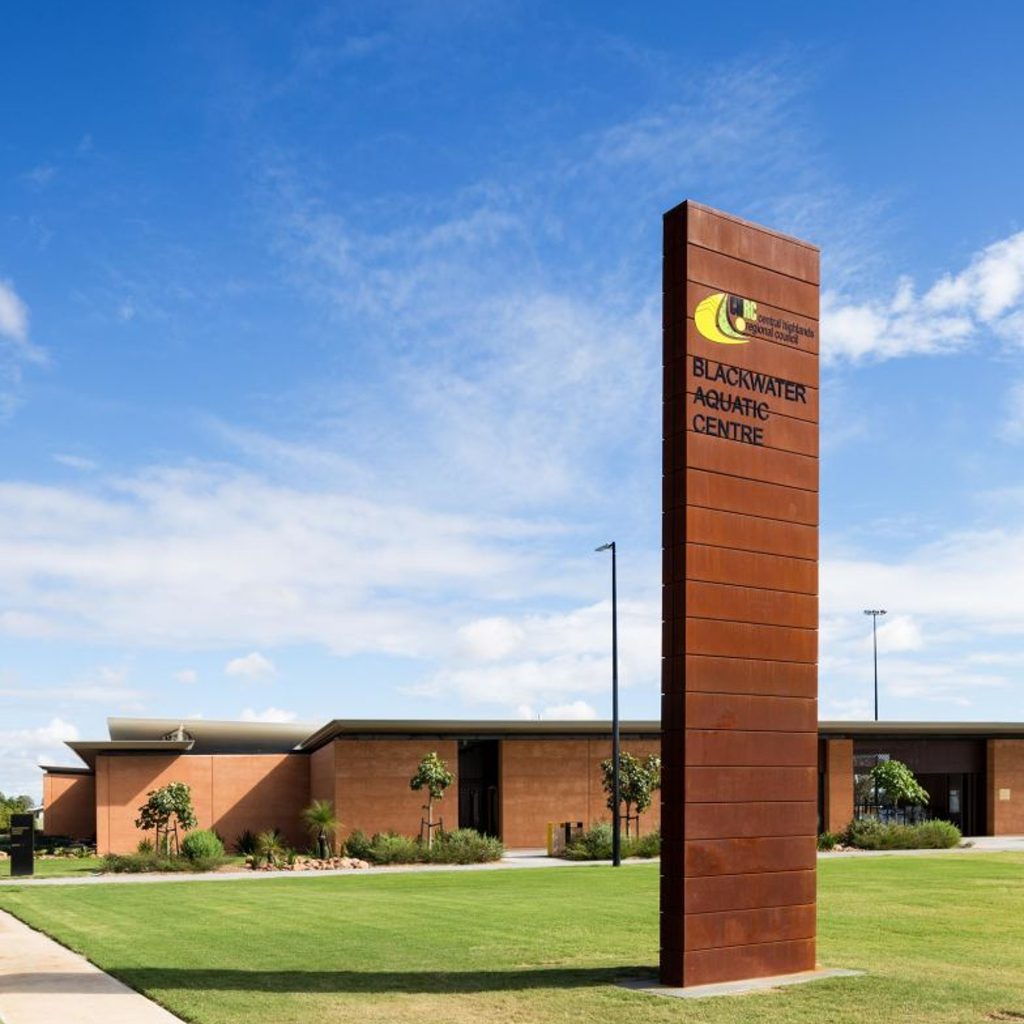 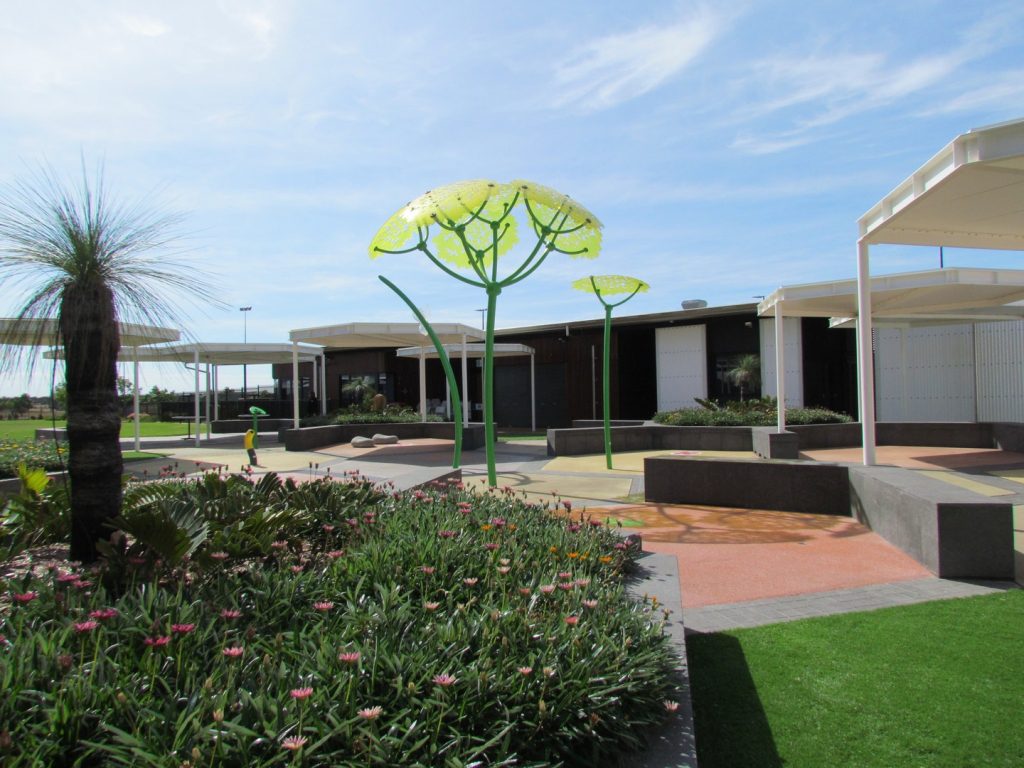 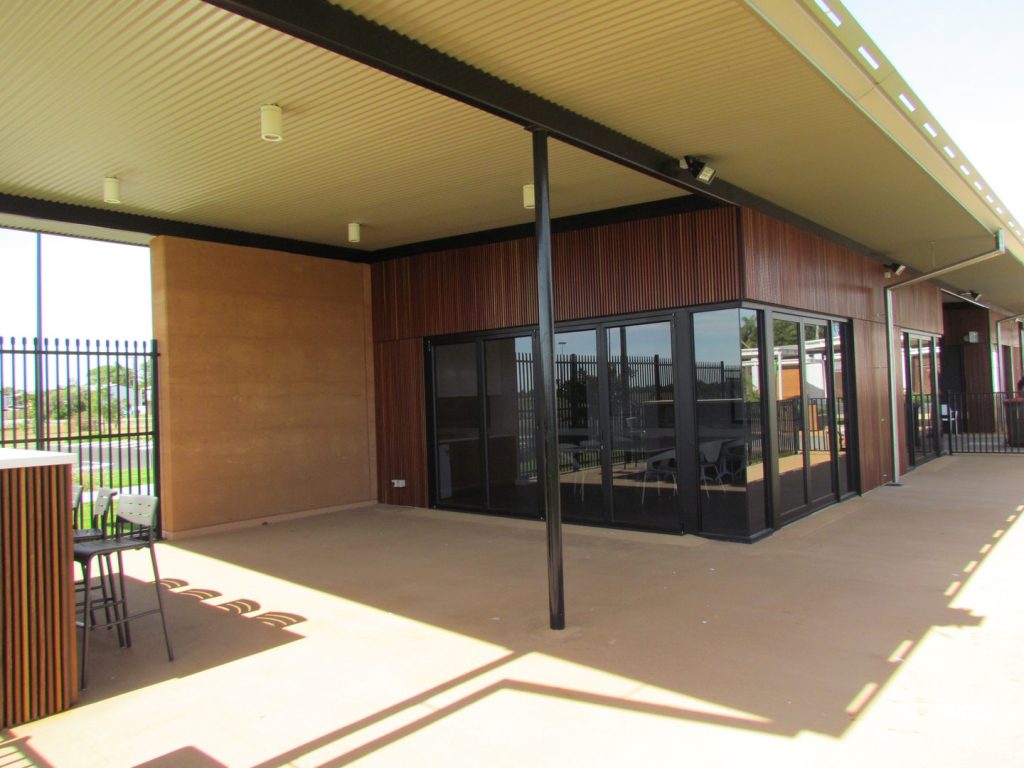 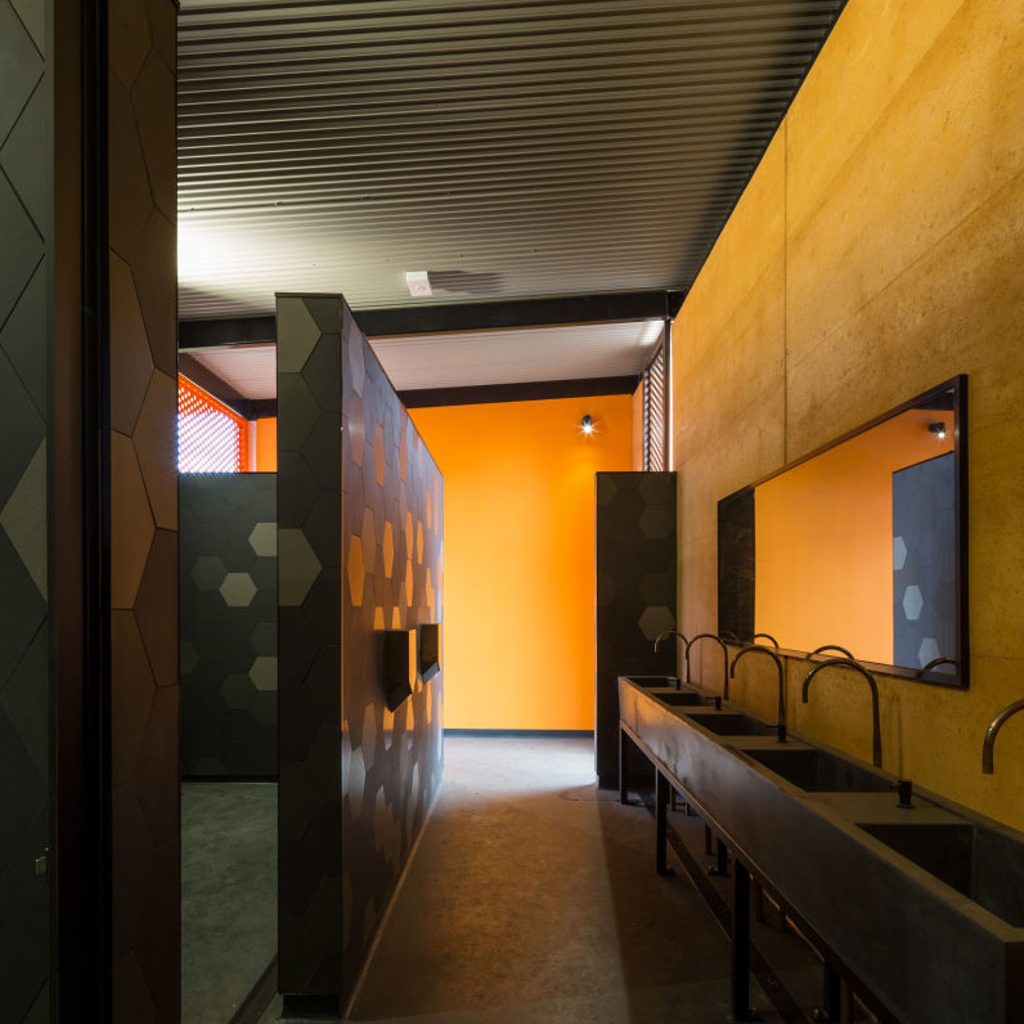 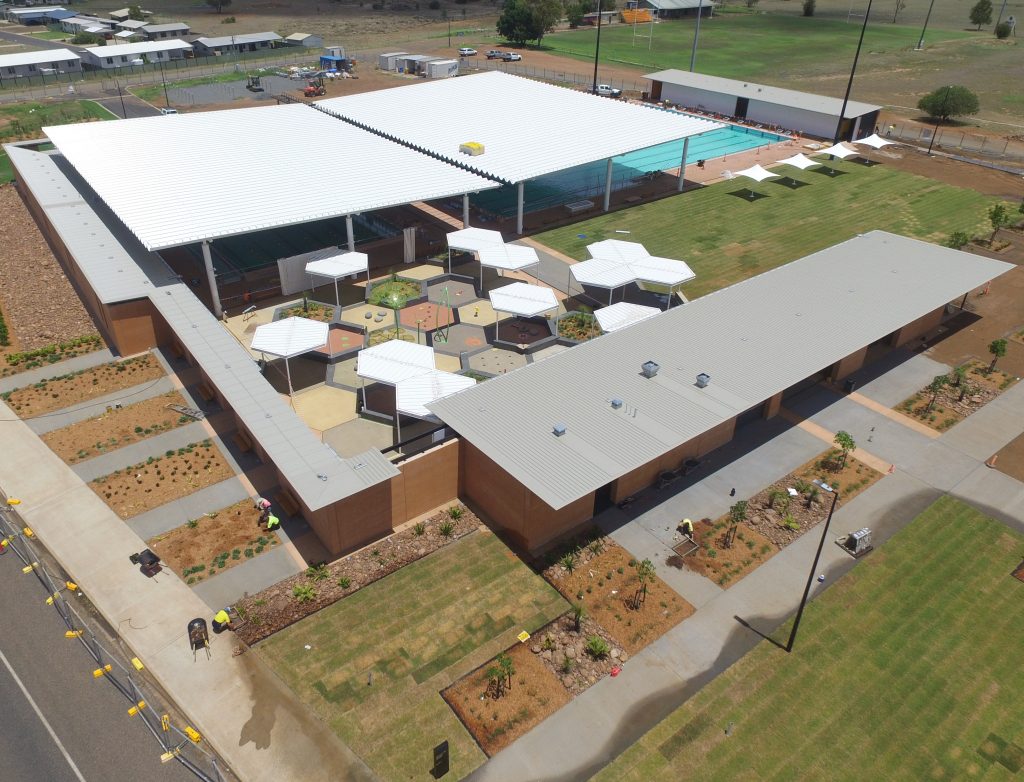 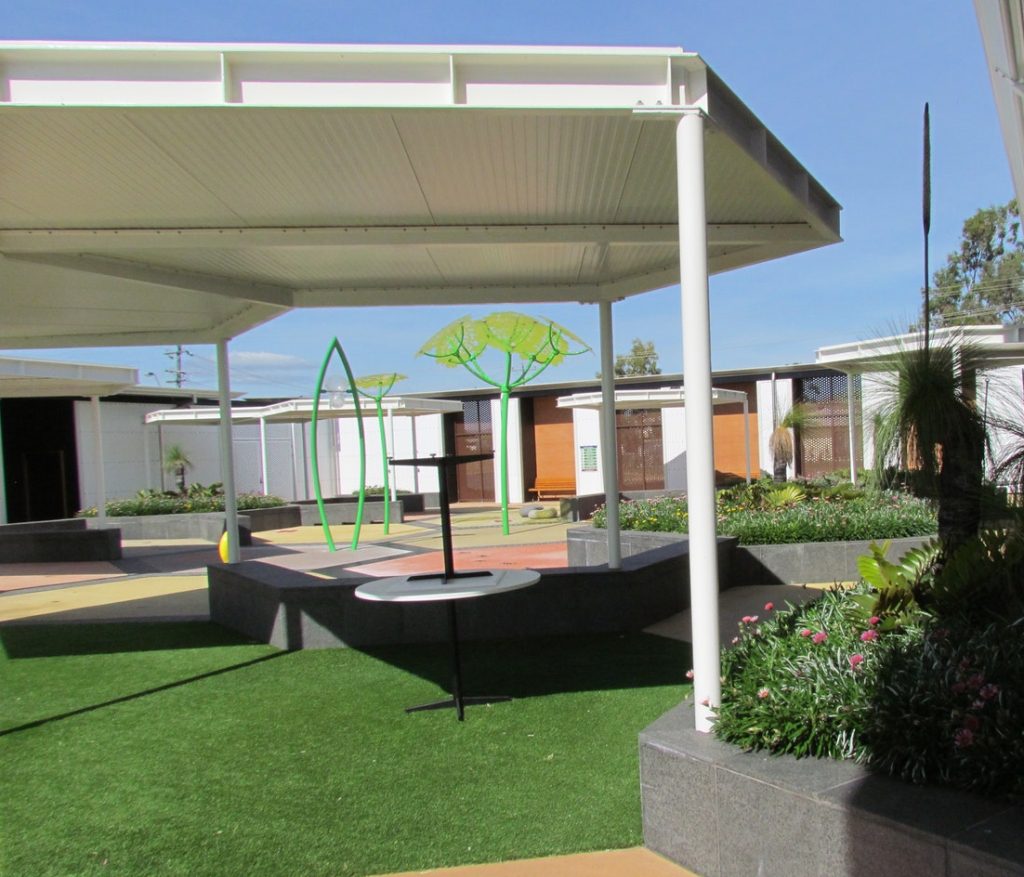 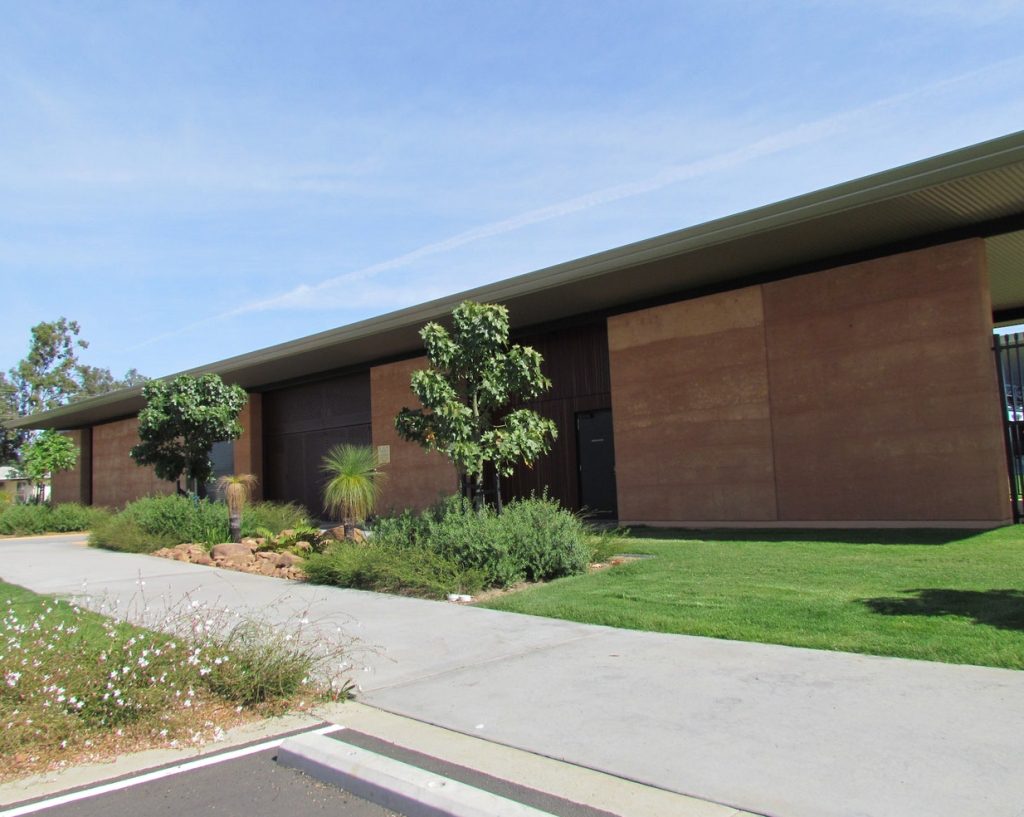 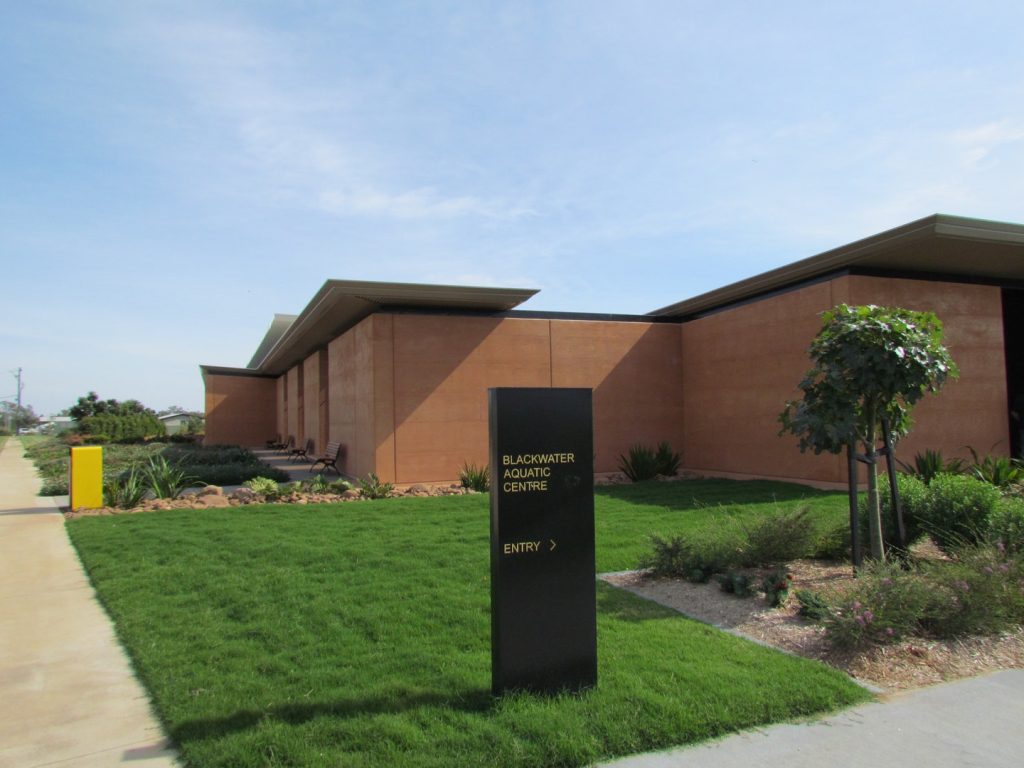 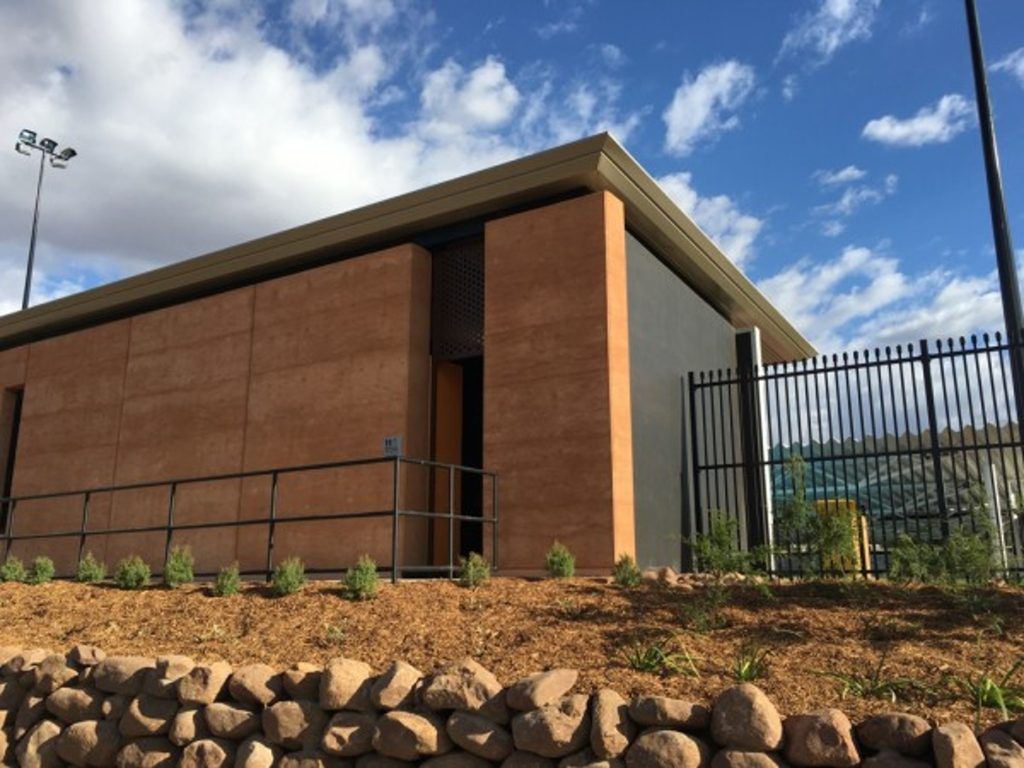 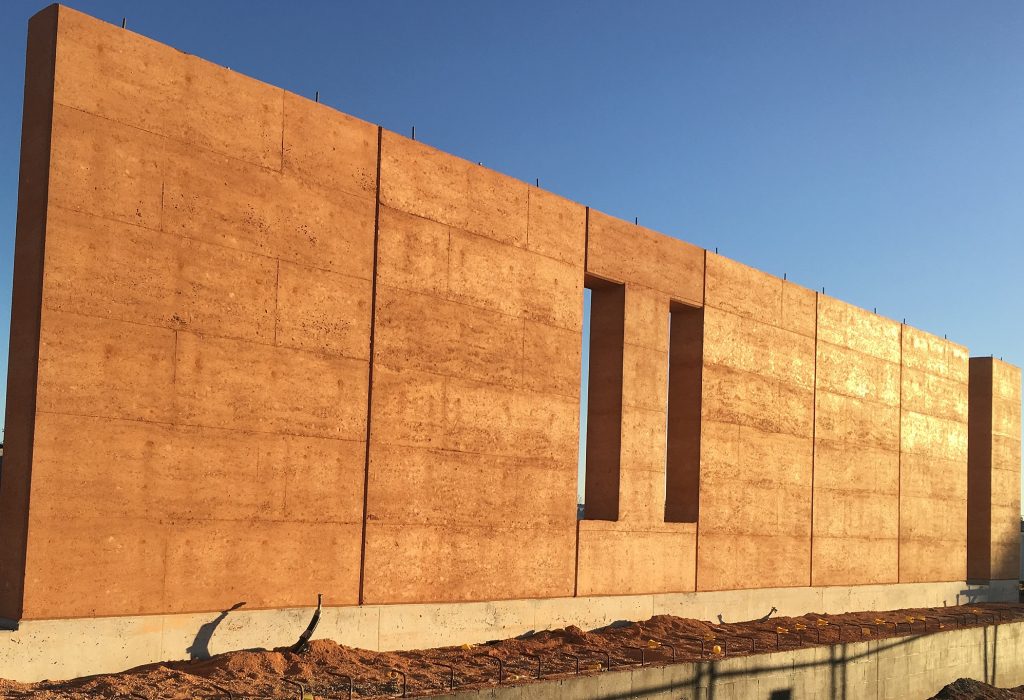 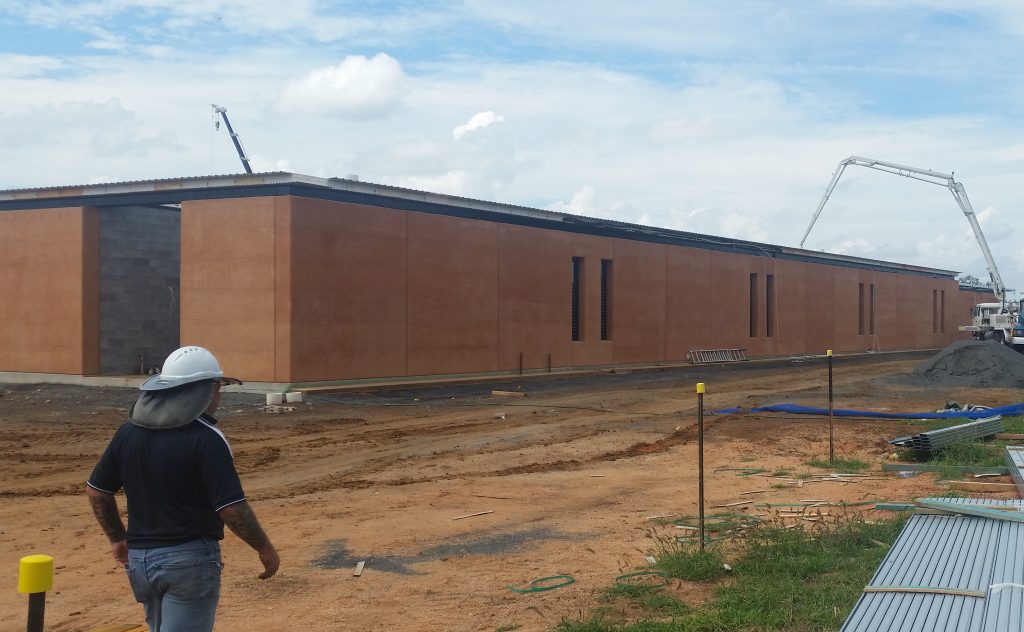 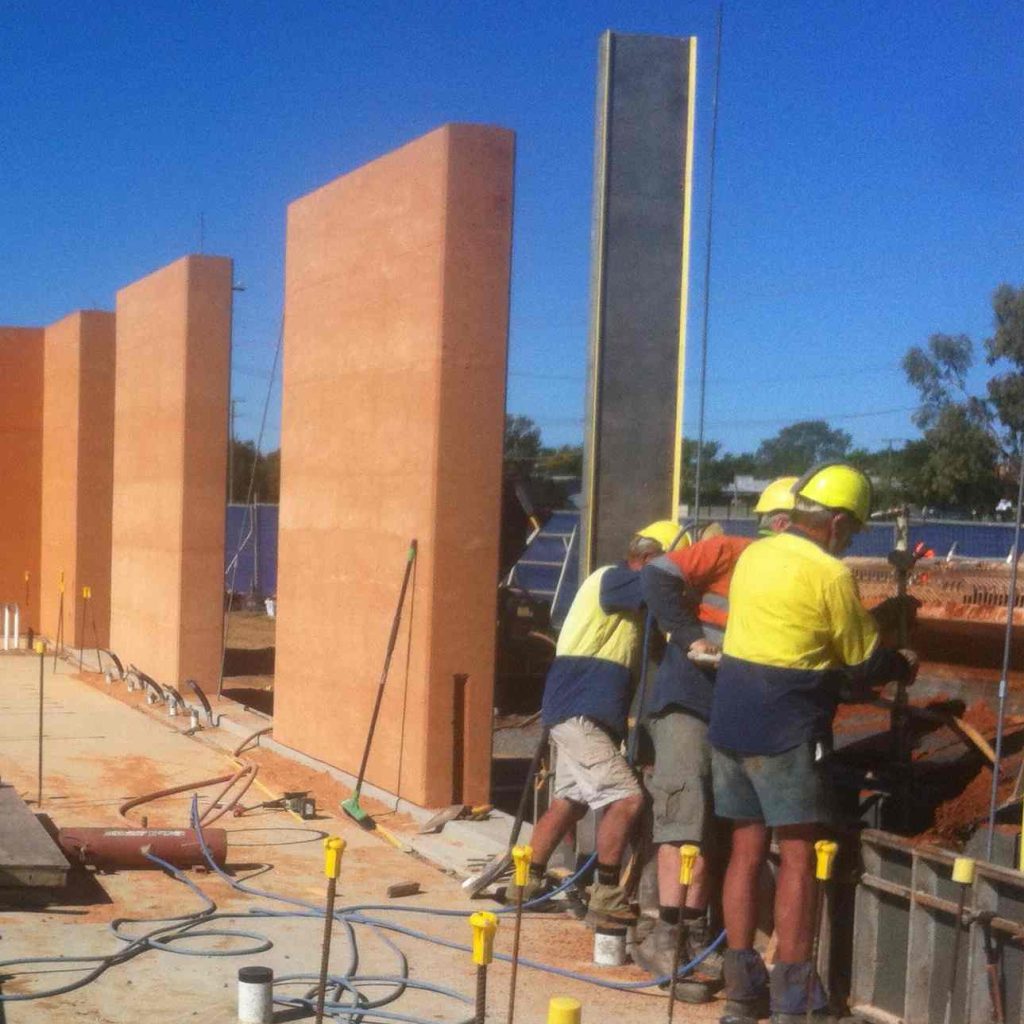 Our rammed earth walls played a key part in the design of this large commercial project designed by LiquidBlu Architects, winning them the Australian Institute of Architects 2018  Public Architecture Award. In that award, the rammed earth walls were cited by the jury as a factor in the decision, "the bulwark-like outer layer of rammed earth walls wrap themselves around three elevations, affording refuge from the harsh environment."

Our rammed earth walls form the exterior of the Aquatic Centre, helping create the “oasis” the architects were trying to create in this semi arid outback region.  The rammed earth walls “were especially designed to control the temperature of the facility’s buildings” (Head builders Hutchinson’s Kevin Whittaker). They also create a protective barrier from the wind, and provide a gentler climate for plants to grow in the courtyard created within. Hutchinson Builders won the 2017 Masters Builders Project of the Year Award for the Central Queensland region for the construction.